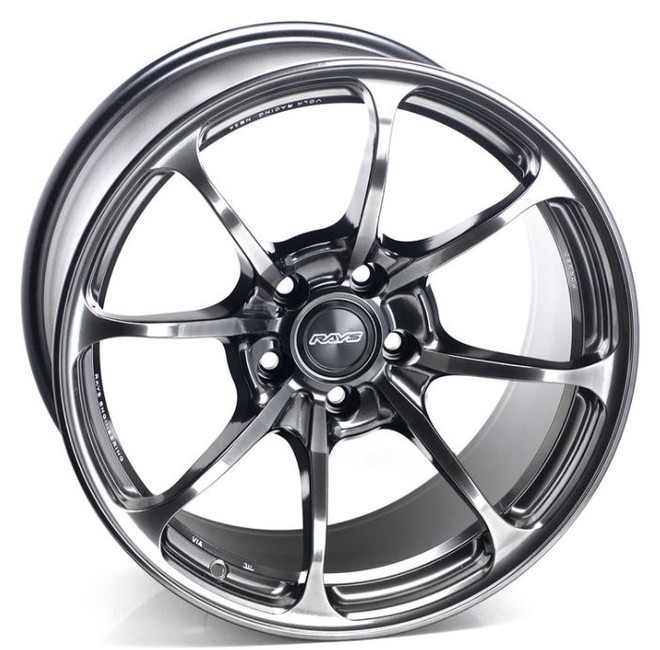 Designed with a racing-based name for the first time in seven years, the new NE24 is a wheel that transforms conventional ideas and evokes a feel of "entering a new phase."
The name of this new series consists of "N" deriving from the VOLK RACING Gr.N —the roots of the developed wheel, or Group N, the racing class for stock cars with a minimum level of modifications—and "E," the common initial for the existing series such as TE, CE, and ZE, meaning "evolution."
2021 will probably be a year of impact in a sense. A great number of new exciting cars are scheduled to be released by Japanese manufacturers. Also, there appears to be a flood of upcoming European C-segment sports models. These cars are elite vehicles that have been developed to compete on the global stage, and therefore wheels to be fitted to such vehicles need to match their novelty.
We never tried to be eccentric but still sought for something new to configure the 2x4 spoke of the NE24. Indeed, in an attempt to create an unconventional geometry, we not only secured sufficient mass at the center area, but also reduced the number of spokes while keeping a necessary volume at the center fastening area and rim joint area. Especially for the outer circumference, we adopted a high-performance design assuming that the wheel is used in combination with a tire with hard specifications.
Making this design feasible essentially required steadily repeated trial and error by RAYS R&D Analytical Team. The skills to give shape to something new were necessary. In addition, using the latest forging technology also helped to achieve the delicate and slight spike. The undercut of the spoke was employed with a further increased level difference. This design is intended to ensure a stereoscopic look even when the narrow size is used.
A new thing is created by embodying something difficult to realize. We will tackle the creation of new styling and performance of street wheels, leveraging our skills and experience that have been acquired through design and development of racing wheels. We will produce both racing wheels and street wheels from the same team members and from the same factory. This is the world of VOLK RACING.

The Volk Racing CE28N, like the TE37, by RAYS Engineering is the current line of street and race wheels in various versions. The main line CE28N is the forged aluminum version.Material is 6061...

The Volk Racing TE37 by RAYS Engineering is the current line of street and race wheels in various versions. The main line TE37 is the forged aluminum version.Material is 6061 aircraft grade...

Volk Racing TE37 SAGA! Propelling performance RAYS is proud to introduce the newest model in the TE37 legacy : Volk Racing TE37 Saga! RAYS went back to the drawing board and re-engineered...

- Forged 1pc wheel  - Includes valve stems & center caps    One of VOLK RACING’s design aesthetics is a “well-founded line” and the “shape with...

Designed with a racing-based name for the first time in seven years, the new NE24 is a wheel that transforms conventional ideas and evokes a feel of "entering a new phase."The name of this new series...